One of Ontario’s Largest Private Lenders has Suspended Lending 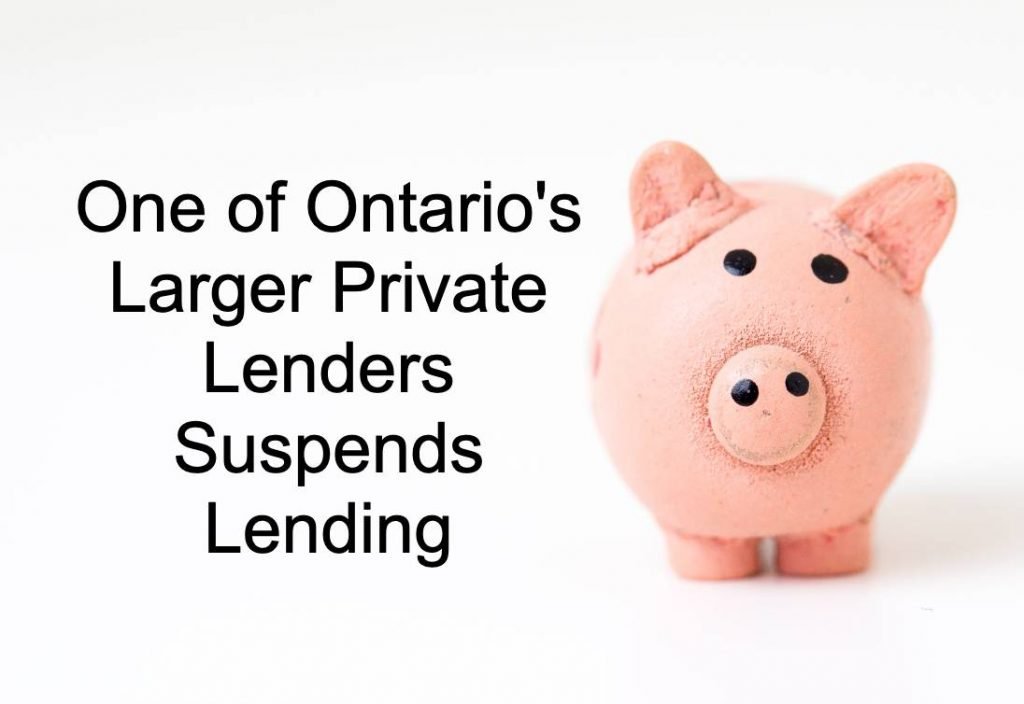 Magenta Capital Corporation has notified mortgage brokers that it will suspend new lending until September. Originally I wasn’t going to speak about this, as it was not really public knowledge. Since the Globe and Mail have reported on it, I thought I should also.

While rumours are going around about Magenta having financial problems, I doubt this is the case. They have been in business since 1974 and are very particular about the properties they lend on. The reason to stop lending was not disclosed to brokers, but I would assume they are simply being cautious given the current real estate market. With prices falling almost everywhere, now is not the best time to invest.

Liquidity could also be a reason for the pullback. Many of Magenta’s borrowers are probably renewing their mortgage, instead of paying it out with a refinance or sale. Private lenders rely heavily on rolling over their capital to fund new deals as this type of financing is only meant to be used short term.

Until interest rates and home prices stabilize, investing in real estate is probably not advisable. Most lenders are pulling back on their lending right now, albeit discretely. Magenta is playing it safer than most for now.

If you have any questions about this, or anything mortgage related, just give me a call.